Foundations for the future laid at members’ meeting of ISMI 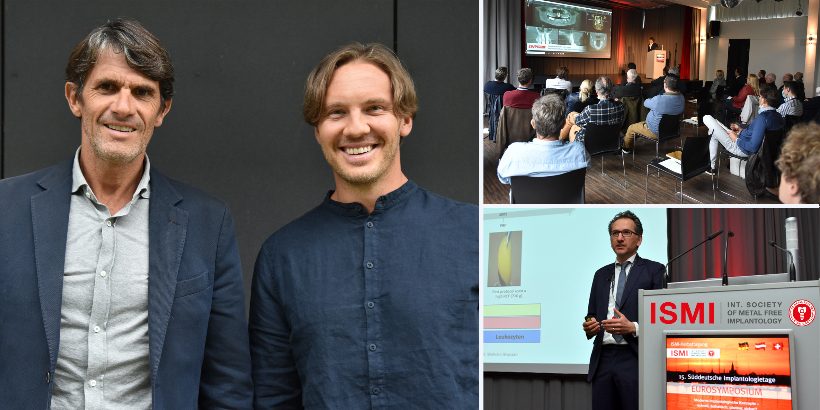 Owing to the travel and other restrictions that have arisen from the COVID-19 pandemic, the annual meeting of the International Society of Metal Free Implantology (ISMI), originally scheduled to take place in May in Berlin in Germany, was postponed, and with it also the regularly held members’ meeting. On the last weekend of September, however, an autumn conference of ISMI was organised in the Swiss Biohealth Clinic in Kreuzlingen in Switzerland, and within this context, the postponed members’ meeting took place.

At that meeting, the expert society took the opportunity to reposition itself. The managing board of ISMI highlighted the most recent positive developments of the society and the many contributing factors, among them stable membership growth, attractive continuing education offerings and effective efforts in public relations. In addition to the novel challenges that followed the establishment period of ISMI, the members’ meeting was concerned with staffing matters and developing broader strategies for the future. Besides the clinical experiences of practitioners, ISMI is aiming to place a stronger focus on the scientific research on the use of ceramic implants. For this reason, it has granted €10,000 towards funding of a scientific study. The managing board of ISMI and the newly formed board of directors, under the direction of Frankfurt am Main-based Prof. Shahram Ghanaati, will be planning and executing this project. Additionally, it was discussed how membership of the professional association as well as the topic of ceramic implantology in general can be made more attractive, particularly to younger generations. How this can be achieved will also be the topic of discussion in future ISMI board meetings.

With its newly expanded leadership team, ISMI feels confident and well prepared for the tasks that lie ahead. After the successful autumn conference, which is planned to be an annual event from now on, attention is now being directed towards preparation for the annual meeting of ISMI, which is set to take place on 7 and 8 May 2021 in Düsseldorf in Germany.

The new management of ISMI is composed of Dr Karl Ulrich Volz as president and Dr Dominik Nischwitz as vice president. Additionally, the board of directors is composed of Prof. Ghanaati, Dr Johann Lechner, Dr Benjamin Roth and Dr Tobias Wilck.