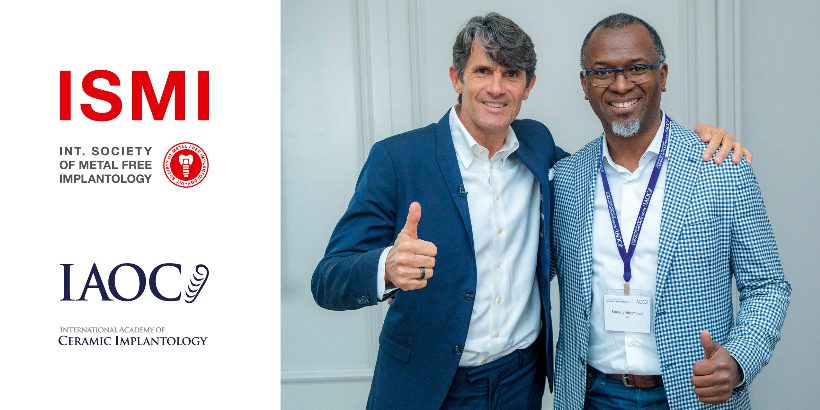 Following intensive discussions between the executive boards of the ISMI and the internationally renowned US-based IAOCI (International Academy of Ceramic Implantology), both societies agreed to offer members a membership in the respective other society.

“The objective of the new partnership is to further promoting the ISMI on an international level and to intensify professional knowledge transfer”, ISMI president-elect Dr Karl Ulrich Volz commented in an initial statement. “This is not only in perfect keeping with our statutes, but it is a logical consequence of an increasingly connected world, in which global exchange among implantologists becomes increasingly important,” Volz added.

Additionally, the new partnership comes with practical benefits for members of the two societies. Double members receive the IAOCI Journal twice a year and gain access to free webinars and CME courses. They also enjoy discounts on participation fees for IAOCI and ISMI congresses. All members receive corresponding membership certificates of both societies and are permitted to use ISMI and IAOCI logos on their practice websites and in publications in order to promote their dual memberships.

On the occasion of the sixth annual meeting of the ISMI on 7 and 8 May 2021 at the Hotel InterContinental in Düsseldorf in Germany, where IAOCI President Dr Sammy Noumbissi is also expected to attend, further talks between the boards of the two societies are planned in order to consolidate the new cooperation.