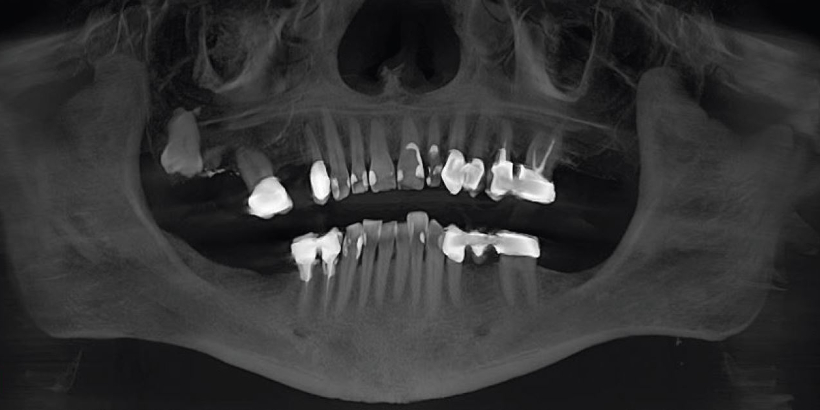 Bone atrophy is still seen as a challenge or even an obstacle to successful implant placement in both the upper and lower jaw, since osseointegration of the implant depends largely on rigid and motionless anchorage in the bone. Often, however, the bone is too soft or too severely reduced to allow stable placement of an implant. The latter problem is especially common in the sinus region. In a certain sense, this is paradoxical, as implantation is the most targeted and natural way of counteracting further bone loss. Progressive bone loss affects not only the stability, functionality and longevity of a planned dental prosthesis but also the extra-oral aesthetics. Bone loss can be caused by trauma and infection on the one hand and—more frequently—by generalised periodontal disease or tooth extraction on the other. Important bone parts such as the buccal lamella are often lost during extraction in particular. Perforation can also occur, negatively affecting the maxillary sinus. However, even in the case of an extraction without complications, increasing atrophy of the alveolar ridge occurs over time. In the maxillary posterior region, the absence of roots leads to increasing pneumatisation of the maxillary sinus with advancing age and thus to further bone loss.

If the patient and the dentist decide in favour of an implant restoration despite the small volume of residual bone, the standard dental consensus for large multidimensional bone defects is still bone augmentation followed by late implant placement. In recent decades, various multistage guided bone regeneration techniques have basically fulfilled their purpose of restoring implantable space. However, these procedures often result in too much compression on the augmented surface, which can have a negative impact on adequate bone healing. On the one hand, this affects vascularisation: the more compressed the augmentation, the lower the probability of an efficient blood vessel supply developing, as there is insufficient space for the blood vessels to proliferate. Owing to their density, bone blocks are also often not connected to the blood supply, especially if the blood supply is coming centrally from the middle of the jaw and not peripherally, as is primarily the case in the dorsal mandible. On the other hand, it is often impossible to ensure the positional stability of the free augmentation and protect it against the effects of any forces it might sustain. For this reason, osteosynthesis plates, titanium-reinforced PTFE membranes or titanium mesh are used for space stabilisation.

The problem with freely applied bone substitute materials is that the bone is frequently built up in the wrong location for reasons of simplicity. For example, there is often a lack of bone in the dorsal maxilla in the direction of the oral cavity (coronal) because the bone is increasingly modelled in the direction of the maxillary sinus by performing an external lift. As a result, the implant is located too far cranially, leading to an altered anatomy of the maxillary sinus area and an extended crown on the implant. This in turn is associated with an increased risk of loosening or fracture of the implant. Although positional stability of bone grafts can at least be ensured by certain established systems, these have invariably been associated with multiple surgical procedures. This not only significantly increases the likelihood of scar plate formation in the surgical area, but also places a significant burden on the surgeon’s and, above all, the patient’s time, financial and psychological resources. For these reasons, strategies for more immediate treatment options are desirable in the future in order to perform bone augmentation and implant placement as close together as possible.

Design, mechanics and functional principle of the concept

The BISS—Bone Implant Stabilization System—developed by the authors enables exactly this approach and pursues the goal of offering the patient implant-supported dental prostheses in almost any initial situation. The functional principles of the system have been proved scientifically in a range of studies. They form the prerequisite for successful bone formation and will be illustrated in this section using the “tent pole umbrella” principle: a tent pole holds the required space in a stable position coronally and/or cranially, and an umbrella attached to it increases the volume. The larger the space created (shaded area), the more voluminous the bone gain. The main component of the concept is the BISS cage, which embodies the umbrella according to the principle described and gives the body’s own osteoinductive tissues, such as the periosteum and the Schneiderian membrane, space for regeneration. The cage consists of a titanium body and titanium arms. The body has one or more interfaces at its base—making it a single, double, triple or quadruple cage. Umbrella screws can be used as tent poles; they are screwed firmly into the interfaces of the cages with their metric thread in the coronal–apical direction directly below the screw head and fixed in the bone with the self-tapping thread. In an ideal scenario, ceramic  implants which can be firmly screwed in to the interfaces of the cage can be used as the tent poles instead of the umbrella screws.